Olivia Munn to be featured in the August Issue

Featured in FCM Magazine's August Femme Fashion Issue is talented and stunning model and actress, Olivia Munn. Remember to pick up an August Issue and read up on the star of "Magic Mike," "The Babymakers," and the HBO series, "The Newsroom." This young woman is full of talent and desire to work hard for her viewers to appreciate what she is best at. Rock on, Olivia Munn! 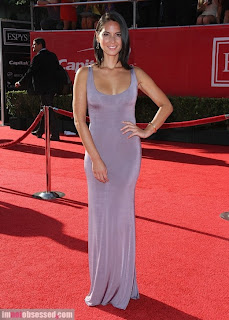 Olivia Munn wowing fans and paparazzi on the Red Carpet at the ESPY Awards.

Posted by Fashion Couture Magazine at 11:33 PM No comments: 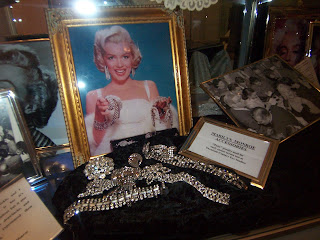 A writer from The Hollywood Reporter sent Gus Castaneda, FCM photographer a hot exclusive on the Marilyn Monroe exhibit in the Hollywood Museum! Readers and followers, make sure to pick up the September Red Carpet Issue to see the interview! 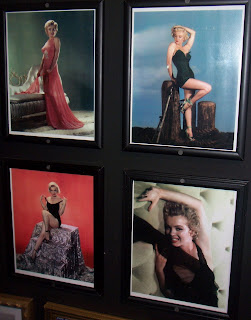 The title says it all! Fashion Couture magazine just reached its 100th Facebook fan and we want to thank you with a chance to win a prize!  To show our appreciation, we are creating a trivia contest. We will announce and then get in touch with the lucky winner and him or her a prize!!! Thank you for all the support!!! Good luck! 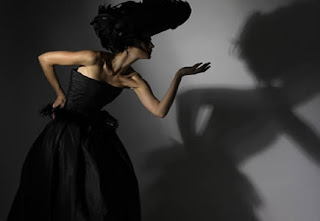 Who was famous for popularising the 'little black dress' in the 1920s?

Fashion Couture Magazine (FCM) invites you to participate in our 2013 Fashion Model Search. We are looking for the next top female model to be featured in our magazine in 2013. To enter, submit your top modeling photo to our Facebook fan page and simply have your friends vote for your picture by clicking "like." The deadline for the competition is December 31, 2012. The model picture with the most "likes" will be featured in our future Issues. Models must reside in Los Angeles, San Diego, Milan, Turin, London, New York, London, Scotland, Portugal, and Madrid to participate in this contest. 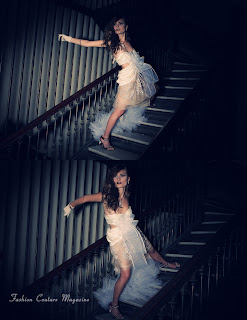 Entry:
1.Click "like" on our Facebook fan page at https://www.facebook.com/FashionCoutureMagazine
2. Submit a high fashion photo wearing a dress or gown. Simply email us at info@fashionchicagomagazine.com with your information. We will tag this photo to our wall. Spread the word to your fans to like our page and vote for you. Good Luck!
3. Send us any additional information, if you have a fan page to display also.


Rules:
All participants must "like" the Fashion Couture Magazine fan page
Voters must also "like" our page in order for their vote to count
One picture must be submitted
The winners of this competition will be notified via email


Second Place:
A four-page spread on our Bridal Issue for April 2013
An online featured article for Fashion Couture Magazine


Third Place:
A guaranteed spread in our future publication for Fashion Couture Magazine

Posted by Fashion Couture Magazine at 7:58 PM No comments:

FCM has so many new updates and activities that the team is fulfilling! Becky Oraham, public relations specialist recently had the opportunity to be interviewed all the way from Austin, Texas by Megan Schiebe. They discussed what Fashion Chicago Magazine represents and the most recent trends that FCM has been posting. To find out other details of the interview, listen here! 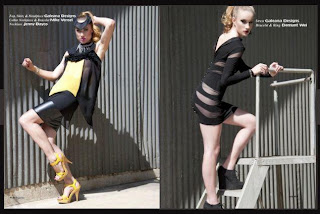 We are going to launch a new store called the FCM Glam Store! Coming in the next week or two, we will begin selling fashionable products to fans and shoppers!

Make sure to check out the July Issue to see our feature on Madeline Stowe! Similar to this feature, in the August Issue, we will have a feature on Olivia Munn. She is in the new movie, "Magic Mike" and the HBO television series "The Newsroom."

Email Subscriptions-add you email address to our subscription list

Please click on image for more information about our magazine.

Fashion Couture Magazine is a monthly blog geared toward professional modern women, with a focus on beauty health, and fashion. We specialize in Haute Couture and Avant garde fashions. Fashion Couture is geared toward showcasing the international fashion scene. We also forecast fashion trends a season ahead time.

Each post is packed with fashion trends, beauty, and hairstyling tips, the latest fashion trends. The scoop on what the stars are wearing. These well-written articles and columns cover also everything from the style and beauty trends to personalities and lifestyles.